Strategically scheduled in-between the two days, the documentary “The Singularity” by flamboyant director Doug Wolens was one of the most anticipated events of the festival. As Wolens states in the documentary website

Ultimately, if we become more machine-like, and machines more like us, will we sacrifice our humanity to gain something greater? Or will we engineer our own demise? Even if the answers are impossible to know, THE SINGULARITY makes clear that we cannot postpone addressing the questions.

the movie followed a lecture by Randal A. Koene, who provided an accurate survey (almost catalogue-like, as some people in attendance pointed out) on neural interfaces, neuroprosthesis and brain emulation. These fascinating technologies not only promise to enhance the human brain, making it possible for it to store more memory, and better exploits its potentials, but also to be able to understand its functions and eventually correct a number of pathologies that cause motor and mental disabilities. Koene was the founder of Carbon Copies , a non-for-profit organization dedicated to the reverse engineering  of neural tissue, thus allowing  the complete understanding and the subsequent successful reproduction of the brain function by means of other material: example of this material is of course the integrated circuit.

For those people who have never heard of the Singularity, Wolens’ documentary is a must see. His documentary features all the main protagonists of this movement that has been developing since John von Neumann, has been popularized by Vernor Vinge and finds today in Ray Kurzweil one of the most outspoken proponents. While waiting for 2045, when some have predicted that the capability of integrated circuits and AI will have passed human intelligence (which intelligence they don’t explain of course), the movement has continued to aggressively publicize their endeavors, they have been popping pills so they will survive until that day and have been created the singularity university (a for profit university that features 10 weeks intensive programs for those willing to take the challenge). 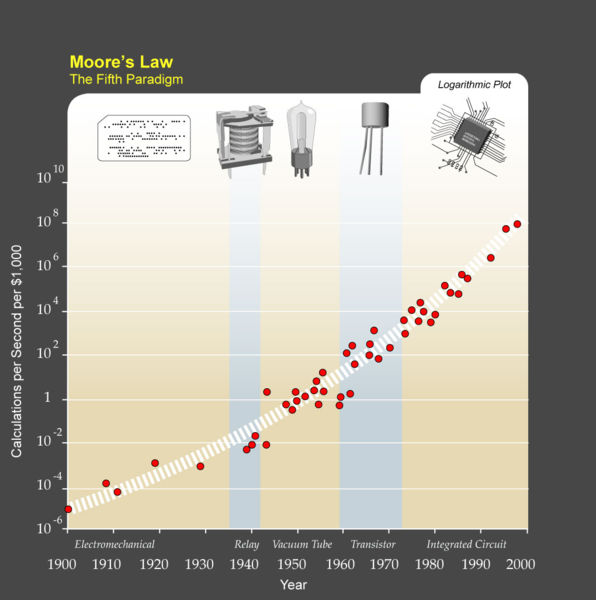 I promised I would be “objective”, but I can’t but be skeptical and a bit irritated by the movement. in fact, while I have nothing against it, and I am terribly fascinated by their progresses, I can’t help noticing their scientific and technological determinism.  The documentary was very balanced in interviewing pundits and skeptical of the singularity, but my critique is not at all about the capability of technology. I am sure that Moore was right(at least partially, although the laws of physics tell otherwise), when he observed the exponential growth of technologies. However, focusing on the technological aspect only is dangerous  and irresponsible.

In fact, here are some aspects that creeped through the movie, for those (I must say many) who wanted to notice.

1) The Singularity has been embraced by major corporate funders, namely Google (kurzweil appointed  director of engineering)

2) nobody, except one or two of the interviewees mentioned that while there is a lot of talk about personal improvement, enhancement and the marvels of technology, there is absolutely no critical consideration of correcting the very socio-financial system that is producing these enhancements. of course, there are enterprises being created at the singularity U that claim to address sustainability and anger in the world…from a first world, elitist perspective

4) when you type the word “singularity” on google, I am redirected to the site of the singularity U….why am I surprised?

the documentary was really good at exposing these elements without falling into rhetoric. Don’t get me wrong,  again, my criticism is  not about the idea, which I want to like (I have no interest however, to access wikipedia while I am riding my bike :-D) , it’s about the people and the system that supports it. the organization has almost bottomless funding and power, I wish it directed it to transform the system of untenable competitiveness that afflicts us and that widens instead of filling, the gaps existing today.

maybe I read too much Gibson (who by the way, wrote about this a long time ago), or MT Anderson, but can we have the technologies without  the corporate sponsors? can we have brain enhancement offered to all (no matter the background, financial capability, social extraction)? can we avoid being ostracized or disparaged just because you chose not to follow that route?

As Alan Sondheim the day after reminded us all,

Technophelia can be very dangerous…

when the desires for immortality – de-extinction – human drive are crazily mixed with corporate interests.

I am an interdisciplinary artist, media theorist and curator based in Toronto, where I co-founded the ArtSci Salon at the Fields institute for Research in Mathematical Sciences http://artscisalon.com. My work balances theoretical and applied research at the intersection of science, technology and creative resistance. I am interested in exploring the way that scientific and technological mechanisms translate, encode and transform the natural and human world, and in turn how they may be spatially and materially remediated. My work is mobile, itinerant and collaborative. I brought it to art festivals (Transmediale, Encuentro), community centers (Immigrant Movement International), science institutions (RPI) and in the street of Toronto. http://atomarborea.net
View all posts by robb →

Noema is a magazine on the relationships among culture, sciences and technologies. “Culture” means “habits”, “lifestyles”, “communication”, “art”, “society”, “economy”, “media”, “philosophy”…, while “technologies” should be intended also beyond the digital realm. Noema is online since March 2000. In 2003 RAI International selected it as best Italian website.

n-blog is a project by